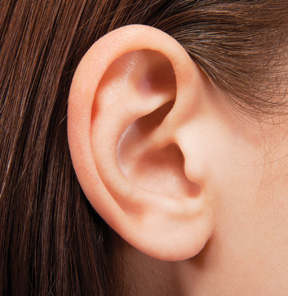 “90% of hyperactive children studied gave a history of three or more ear infections” according to a study published in the May 1997 issue of Clinical Pediatrics. In a 1987 article in Parents Pediatric Report, researchers stated: “ear infections and their effect on language development are prominent topics in pediatric literature. Hyperactivity is another item of great interest. On the surface they seem to be two unrelated entities, but could there be a connection between these two conditions? Very much so, says a study from the University of Colorado in Denver and Yeshiva University in New York.Early childhood ear infections, which plague many of our children, often succeed in administering an effective one-two punch to a child. First, the subsequent and repeated use of antibiotics to clear up the infection upsets the child’s natural intestinal ecology which results in an irritated nervous system. Second, the infection and inflammation of the ear often causes some damage to the cilia of the ear, the tiny hair-like structures of the ear that help transmit sound, which affects both language abilities and auditory processing. These effects can be felt throughout a child’s school career. However, once the cause is established many natural things can be done to greatly reduce and eliminate these problems.
Effects of Repeated Antibiotic Use

We are very grateful for the discovery of antibiotics. Their timely use has saved many lives. However, repeated usage of antibiotics—particularly the use of the broad spectrum antibiotics such as Septra and Ceclor—sterilize a child’s intestines which eliminates the good bacteria while feeding the naturally-occurring yeast in the intestines. This causes an upset balance in the ecology that directly affects a child’s nervous system. Some books that explain this process in more detail are Help for Your Hyperactive Child by William Crook, M.D. and Superimmunity for Kids by Leo Galland, M.D. Most often we see this upset ecology manifesting itself as problems with learning or with behavior. The learning problems associated with this condition are: poor memory, difficulty with sustained attention (often seeming “spacey”), and difficulty understanding new concepts. The behavior problems that we see are hyperactivity, anger, moodiness, irritability, or inappropriate behavior, often talking too loudly, or regularly invading other peoples’ space.

In my experience working with bright but struggling students in special education and regular education programs I have seen many children exhibiting these symptoms. Some of them are placed on the medication Ritalin while others are labeled with a learning disability; often with an auditory or language processing dysfunction. A smaller group is placed in a behavior lab program in the school with an individual IEP designed to modify their unsociable behavior. When I studied the files of this diverse group of children I have found a common link: many of these children suffered with numerous ear infections as a young child. I also found that even more of these children have some type of allergy. As we know, when yeast overgrowth is an issue the child often develops a “leaky gut” which causes food allergies to develop. The most commonly-offending food, in the case of ear infections or bed wetting, is milk and milk products. I have seen many children’s “learning and behavior problems” respond to simple interventions such as a trial elimination of dairy products along with the replacement of some of the missing good bacteria in the intestines.

To replace the good bacteria, a parent can buy acidophilus and bifidus—products that are readily available in health food stores. Both of these contain the good bacterial strains that are necessary. Although this good bacterium is present in yogurt, it is in very small amounts, so you will need to purchase supplements. When purchasing a more concentrated form of these good bacteria as a supplement, buy a brand that is refrigerated in the health food store since this is a live bacterium. It can be purchased in capsule or powder form and placed in juice or cold food without altering the taste of the food or drink—this is quite effective in children that don’t want to take pills. The liquid and chewable forms of this supplement are far less viable, so acquire the capsule or powder forms if possible. Parents report to me that giving their child these natural beneficial bacteria two or three times a day often results in a reduction in temper tantrums, less irritability, better concentration, and a more cooperative child. Reducing sugar intake also makes a noticeable difference in behavior. There are several other factors that can be altered to help a child whose nervous system is upset due to the repeated usage of antibiotics, but this is a good beginning and almost always brings good results.

Effects on Language and Auditory Processing

One of the results of multiple childhood ear infections can be difficulty with language and auditory processing. These children have difficulty distinguishing certain sounds; sometimes this difficulty with the discrimination of individual sounds can present itself as a speech problem or in learning phonics. Both their reading and their spelling are affected and it also affects the way that they are able to listen. We frequently accuse our children of having selective hearing, meaning that they choose to listen to things other than their parents. This can be the case, but because of the amount of energy the process of listening and storing auditory information requires, the child can do only so much listening before he or she tunes out because of the overload. At times these children are inaccurately diagnosed as having ADD when actually their attention is dependent on the amount of auditory processing that is required for a situation. These children often have difficulty sequencing as represented by repeating a story with the events in proper order. They also have difficulty hearing their own internal voice, preferring to read aloud to understand information. Tasks that require alphabetizing are particularly onerous to them as they have to repeat the alphabet over and over to themselves in their head. They often do anything to avoid this type of task.

What are some things that we can do to help our child with these kinds of problems resulting from multiple ear infections?

Although the impact of multiple childhood ear infections on a child’s learning and behavior can be large, it does not have to be permanent as there are many natural approaches to correcting the influence of these ear infections. Learning can become easier and a child’s nervous system can be calmed by using the natural supplements that God has given us.

The information in this article should not be construed as a diagnosis or medical advice. Please consult your physician for any medical condition and before adding supplements or changing a child’s diet.

Dianne Craft has a Master’s Degree in special education and is a Certified Natural Health Professional. She has a private consultation practice, Child Diagnostics, Inc., in Littleton, Colorado.